Here we describe modifications that allow the bone diagnostic instrument (BDI) [P. Hansma et al., Rev. Sci. Instrum. 79, 064303 (2008); Rev. Sci. Instrum. 77, 075105 (2006)], developed to test human bone, to test the femora of mice. These modifications include reducing the effective weight of the instrument on the bone, designing and fabricating new probe assemblies to minimize damage to the small bone, developing new testing protocols that involve smaller testing forces, and fabricating a jig for securing the smaller bones for testing. With these modifications, the BDI was used to test the hypothesis that short-term running has greater benefit on the mechanical properties of the femur for young growing mice compared to older, skeletally mature mice. We measured elastic modulus, hardness, and indentation distance increase (IDI), which had previously been shown to be the best discriminators in model systems known to exhibit differences in mechanical properties at the whole bone level. In the young exercised murine femora, the IDI was significantly lower than in young control femora. Since IDI has a relation to postyield properties, these results suggest that exercise during bone development increases post yield mechanical competence. We were also able to measure effects of aging on bone properties with the BDI. There was a significant increase in the IDI, and a significant decrease in the elastic modulus and hardness between the young and old groups. Thus, with the modifications described here, the BDI can take measurements on mouse bones and obtain statistically significant results.

Abstract Two hard botanical structures have been characterised in terms of mechanics and structure: the pseudofruit of Coix lacryma-jobi, a native plant of […] 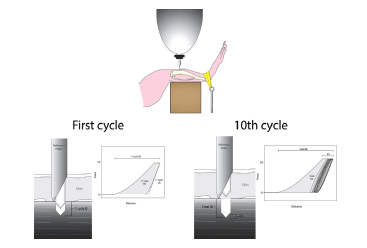 Abstract Anti-resorptive and anabolic agents are often prescribed for the treatment of osteoporosis continuously or sequentially for many years. However their impact […] 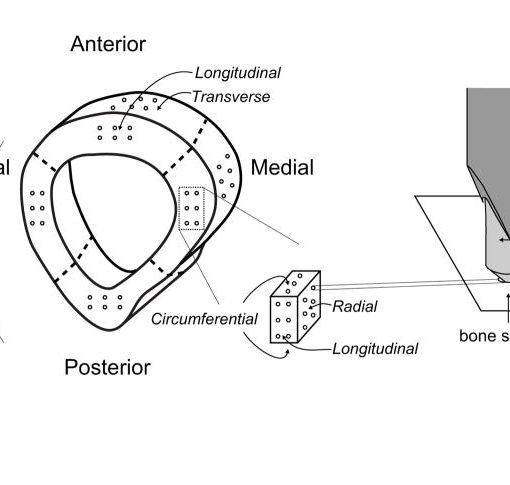