Non-enzymatic glycation (NEG) is an age-related process accelerated by diseases like diabetes, and causes the accumulation of advanced glycation end-products (AGEs). NEG-mediated modification of bone’s organic matrix, principally collagen type-I, has been implicated in impairing skeletal physiology and mechanics. Here, we present evidence, from in vitro and in vivo models, and establish a causal relationship between collagen glycation and alterations in bone fracture at multiple length scales. Through atomic force spectroscopy, we established that NEG impairs collagen’s ability to dissipate energy. Mechanical testing of in vitro glycated human bone specimen revealed that AGE accumulation due to NEG dramatically reduces the capacity of organic and mineralized matrix to creep and caused bone to fracture under impact at low levels of strain (3000-5000 μstrain) typically associated with fall. Fracture mechanics tests of NEG modified human cortical bone of varying ages, and their age-matched controls revealed that NEG disrupted microcracking based toughening mechanisms and reduced bone propagation and initiation fracture toughness across all age groups. A comprehensive mechanistic model, based on experimental and modeling data, was developed to explain how NEG and AGEs are causal to, and predictive of bone fragility. Furthermore, fracture mechanics and indentation testing on diabetic mice bones revealed that diabetes mediated NEG severely disrupts bone matrix quality in vivo. Finally, we show that AGEs are predictive of bone quality in aging humans and have diagnostic applications in fracture risk.

ABSTRACT Characterization of bone is important as it aids in the understanding of bone pathologies and their corresponding treatments. Assessment of cortical […] 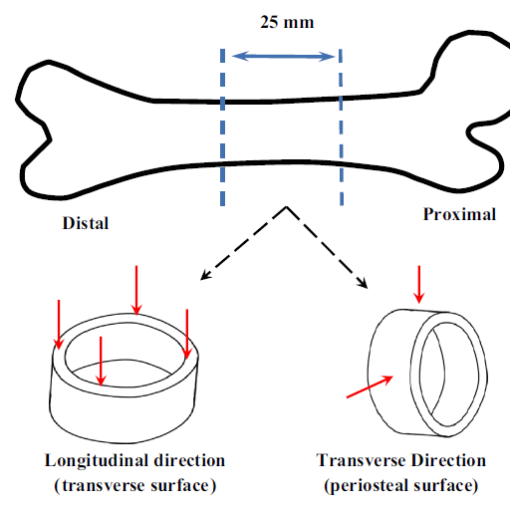 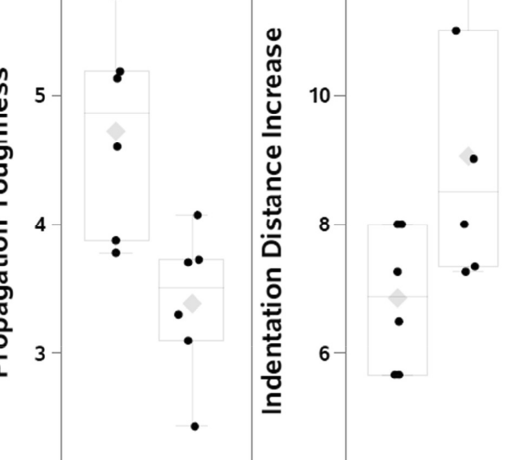 Abstract Fractures, particularly at the lower extremities and hip, are a complication of diabetes. In both type 1 (T1D) and type 2 […]